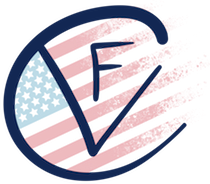 CrossFit is a Cult

CrossFit is a Cult

CrossFit is a cult. You’ve heard those words said before, probably by someone you know that doesn’t do CrossFit. That’s because as soon as we drink the cool-aid, we want nothing more than to share it with others. CrossFit comes into our lives and for most, makes a huge impact. That’s right, it changes our lives. We find ourselves a part of a community. We discover hidden talents and abilities. We pride ourselves on progress and enjoy the competition. We start talking smack with a name on a whiteboard, we high five someone we just met, and we push ourselves to near vomit levels. . . and then return the next day to possibly go through it all again. The CrossFit gym and atmosphere is unlike any other, which is why it’s perfect that someone posted an article titled “11 Things That Are Considered Normal At CrossFit But Never Outside The Box”. I’ll share them with you, but to be honest, I think the list might be too short. Give it a look and you let me know what’s missing. . .

Walking around with chalk handprints covering various parts of our body.
At CrossFit all this indicates is that the workout involved a tight grip. In the supermarket it looks like Casper has been grabbing at your backside.

Sudden loud grunting.
During lifts, other heavy movements, or a particularly difficult WOD, grunting is a sign of power and strength, walking down the street and grunting may lead to many people briskly crossing to the other side.

Throwing yourself on the floor.
Hand in that big report at work this am? Immediately fall to the floor. While we may do this maneuver post-workout at Crossfit, I would love to see your boss’ face if you applied this technique in the office.

Discussions concerning any of the named workouts.
“How long did it take you to do Fran?”
“Not as long as it took me to do Murph! But we all know I do Karen faster than Grace.”

Telling people how you just peed a little.
While I personally think the world would be better off if we could all announce this bodily reality without judgment, trust me when I say the response will be more favorable to another CrossFitter after those 200 double-unders than to the stranger sitting next to you on the bus.

Expecting everyone to clean.
After your party Saturday night, this is a far-fetched thing to expect. At your box, entirely reasonable.

The constant discussion of bacon.
Bacon is Paleo, and delicious, and while we all love to discuss the various ways and quantities in which we consume it, others may find this entirely repulsive.

Casually saying things that sound vaguely sexual.
“Make sure you get deep enough with your thrusters.”
“I prefer the snatch, but I also love jerking.”

Suddenly and aggressively tearing off your shirt.
While the taking-off-of-the-shirt mid-workout is common at most gyms, and in my opinion it signifies that things are starting to getting real, I would not recommend this action during a PTA meeting or while you’re waiting in line at Starbucks.

Sporting the patented double under whip marks.
I will always find the inadvertent kinkiness of double-unders highly amusing.

Simply talking about CrossFit in general.
We all know that the first rule of CrossFit is to never shut up about CrossFit, but it seems that unfortunately most people outside of your box do not want to hear about it. But hey, you know that all of your CrossFit family would love to discuss ad nauseam how awesome being a CrossFitter truly is! From the inspiring body transformations to the endless fodder for jokes that CrossFit brings, please indulge these aspects of our culture.

Along the line of double under whip marks, I would add in awesome, hard to explain bruise patterns in general. Can you think of anything else? Let us know in the comments.